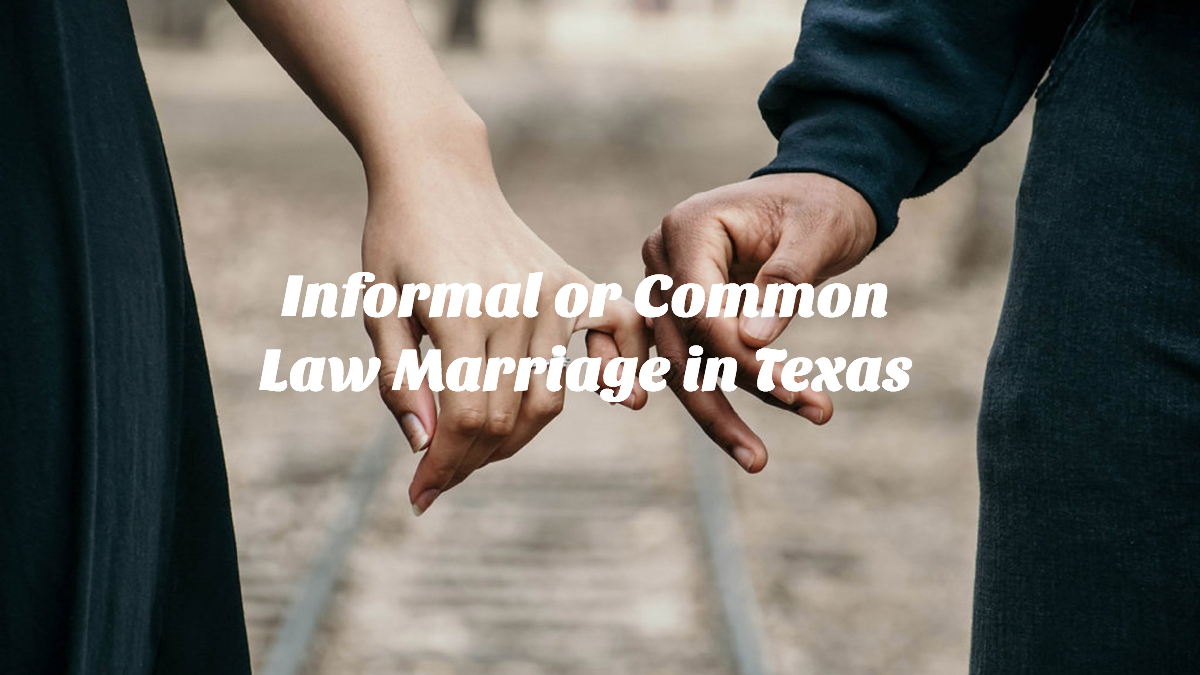 In Texas, you can be considered married without having a formal ceremony. Section 2.401 of Texas Family Code says that an informal marriage can be proven by a declaration filed with the clerk or if “the man and woman agreed to be married and after the agreement they lived together in this state as husband and wife and there represented to others that they were married.” Section 2.401(a)(2). Each person also has to be over 18 years of age.

Most people think that you have to live together for a certain length of time to be considered married by common law. Notice that the statute doesn’t require a time frame, but it does require certain other elements.

Third, in Texas, the couple must represent to others that they are married. This is also referred to as “holding out to the public” that you are married. This requirement may be met by the actions of the parties and does not require specific words. The best way to prove this requirement is to show a series of actions or way of living that support the fact that the couple intends for other people to view them as married.

All of the elements must be present at the same time, and there must not be any other barrier to marriage. For example, if one of the people is married to someone else, the couple cannot be considered informally married.